Body kits and dash kits are both great ways to customize your car. Not only can they customize your car or truck, but you can really infuse it with your own style. Many people enjoy taking their standard stock car and turning it into something that will get noticed when they go down the street. Adding a custom bumper or side skirt to customize a vehicle can include aerodynamic components that will make the vehicle appear as though it is closer to the ground, sometimes known as ground effects, or by adding new fenders or spoilers, roof racks, auto graphics, and more. All of the items in and of themselves are somewhat simple but they can really add a lot to your vehicle so that you and your car get noticed as you go down the road. New cars, used cars, used trucks, and new trucks are all candidates for these kits. When it comes to body parts and wood grain dashes, your imagination really is the only limit.

Woodgrain can be a lot of fun to install on your own as well. The kit will customize the interior of your car just as you would customize the exterior. You can change colors, make things appear to be one piece, create a streamlined effect, or even add wood accents to add value and luxury to your vehicle. Dash kits are really popular in the street racing sub culture as customizing the entire car is preferred, and they really make a big statement. It is known that only the people that are really serious about customizing their cars would get a new interior of any type installed. Not only can it be a lot of fun to have your friends and even your rivals admire your dash trim, the interior of your new car or used car will look great!

You can find body kit and dash kits in a lot of places, but many customizing fanatics find that the best place to order is online. Ordering online at AUTOMEGA ® is a great idea because you will get to take a look at the kits you are ordering for new cars, used cars, new trucks and used trucks ahead of time. You will also find that there is a bigger selection available on this website than most and that things are relatively affordable. Here there are set prices, color pictures, and honest business dealings, whereas if you shop locally you never know what you are going to get. If you are tired of the long ordering times or back ordered items that you struggle with locally or with other websites you might find that you are much more satisfied with the products and the services at AUTOMEGA.

It doesn’t matter if you want to customize new cars, used cars, new trucks, or used trucks you can make them very unique with the use of a body kit or a woodgrain dash. The interior and the exterior of your vehicle can reflect your personality and really get noticed as you go down the street. If you pick the perfect bumper or fender for your car, it will not only get you noticed, but may also help you win competitions, and in many cases, your vehicle could even appear in a magazine or an online website. There are so many great things that you can achieve with aerodynamics, whether you are looking for fame and fortune in the car world, or just personal satisfaction or a mixture of the components. Body kits and dash kits can make your favorite vehicle even better because they have the ability to give the vehicle personality, and new cars, new trucks, or used cars and used trucks are more fun to drive!

Body Kit Materials Used in the car industry
When dealing with the look and feel of a car, as compared to race cars that you may have seen, there are two basic materials used for body kits - urethane and fiberglass.

Urethane is the main product used to make a Wings West body kit which explains why Wings West has such a good reputation for high quality radically styled body kits. Urethane is also fairly resistant to small “bumps” and will resist denting. It's very strong and can take a good amount of banging around before damaging. The only downside to urethane (if it has one at all) is that once damaged, it will probably have to be replaced. Although urethane body kit prices can be pretty high, you will also find the quality is equally as high. Urethane is at its core is a hard but flexible type of rubber. When one of these urethane body kits are installed, you will find that they are much easier to install than a fiberglass body kit (hence: saves money on installation) and it will last you for a very long time.

Fiberglass, on the other hand is less expensive (roughly half as much for materials as a urethane body kit). There are several upsides, but mainly the price to consider about fiberglass body kits and products. Variety is one of those key factors. No matter what the car or what the style that is sought out, a fiberglass part can most likely be found to fit the need. Since they are fiberglass, a lot of the time a body kit can be repaired if the damage is not too extensive. Some of the more popular carriers of fiberglass body kits are AIT Body Kits and Kaminari.

These are the two main materials used when selecting a body kit, and people can go either way when deciding. If you are looking for high quality and durability, then urethane is your best option.. If money is a concern or a specialty item is required, fiberglass is most likely the best solution for you. However, either of the products can be found on many cars, and many people will even choose to mix and match fiberglass and urethane, depending on the part, on the same car. Once painted, its pretty hard to tell without close inspection between fiberglass and urethane. 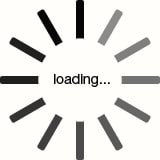